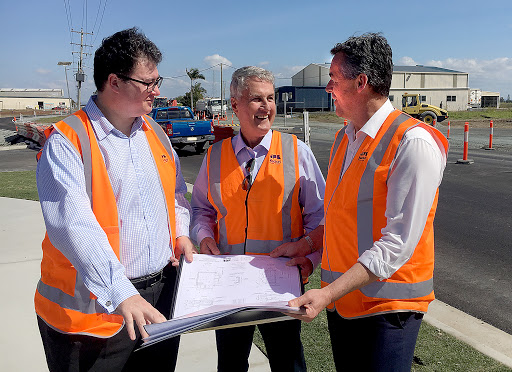 GEORGE is an Australian Member of Parliament who serves the Dawson electorate in North Queensland which stretches north up the coast from Mackay through to the southern suburbs of Townsville.

He is a fearless advocate for traditional Australian values and culture, and he stands up for his region and fights for local jobs.

In the Dawson electorate George has earned a reputation for;

He is also well known for taking strong stances on national issues including;

George is the eldest son of a third-generation cane farming family and he has lived in Mackay all his life. As both his parents were disability pensioners, he developed a strong sense of social justice, and he joined the Young Nationals at the age of 15. He went on to hold the position of state president of that organisation in 2003-4, and was Mackay zone vice-president of the Nationals in 2007-8.

With a degree in journalism and practical experience at a community newspaper in Mackay under his belt, George went on to found his own successful publishing business which produced two other community newspapers for the Walkerston and Northern Beaches communities.

He spent six years as a councillor, firstly on the Mackay City Council, and then the Mackay Regional Council following amalgamation, where he developed a reputation as a man who would fight for a fairer outcome for ratepayers.